Jake Wilton has always had a connection with the ocean. Even moreso now after he came to the rescue of a distressed manta ray.

Jake, who works for the Ningaloo Marine Interactions team at Coral Bay in Western Australia, was taking tourists on a reef tour five weeks ago and the day began like any other.

"We stopped the boat when we came across the first manta ray and I dove in the water to check the behavior and straight away I noticed the fishing line and could see the gang hook lodged in its eye lobe," Jake said. 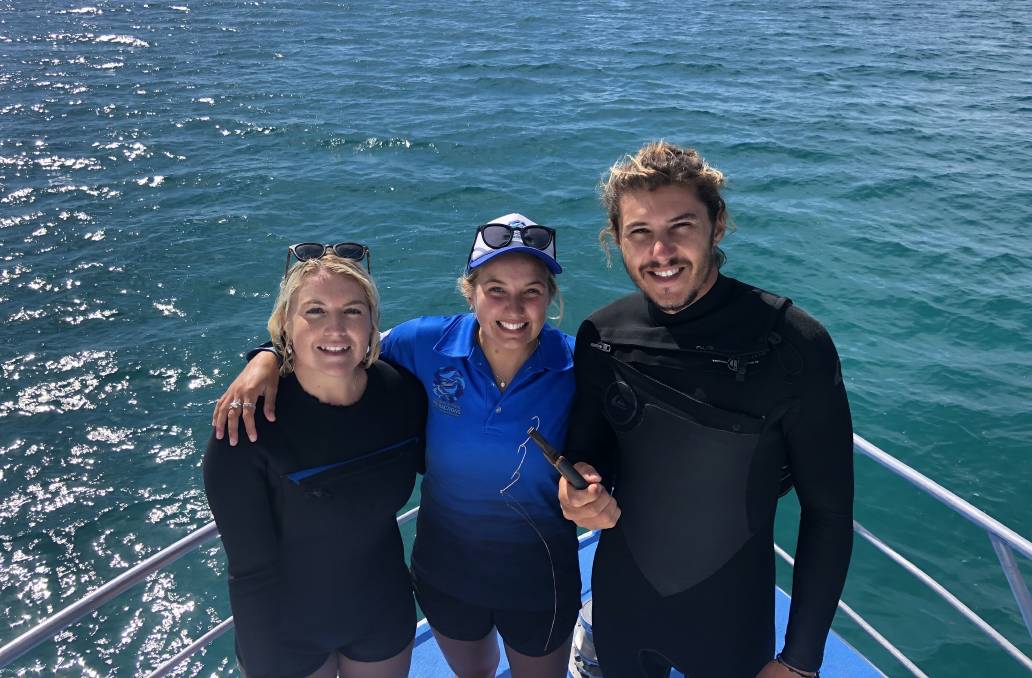 The manta ray was quickly recognised as Freckles, a majestic animal that was spotted regularly on the Ningaloo Reef.

Jake, from South West Rocks' on the NSW Mid-North Coast, knew the hooks would need to be removed to ensure Freckles avoided a future disaster.

"The hook was so close to its eye and manta rays swim across the sea floor and close to the reef and if the fishing line or hook got caught on something, there's a high chance Freckles would have became blind," Jake said.

"That would have made her an easy target for predators as she wouldn't have been able to see an attack coming and defender herself."

Jake gained Freckles' trust by swimming close to her for around 15 minutes, before remarkably, Freckles began to swim closer to Jake and held herself still to allow him to attempt to remove the hooks with pliers.

"Getting in close was difficult but after a while, I think she began to realise what I was trying to do and she began to seek me out from the other divers and come closer and closer to me," he said.

"She unrolled her lobe and turned upside down and that allowed me to clamp onto the hook and pull it out.

"Fishing as a young kid in South West Rocks definitely helped as I knew how to get a hook out in the best way possible."

After freeing Freckles from danger, Jake sat on the seafloor with the hooks in his hand and Freckles came close to send its hero a message.

"Manta ray's have the largest brain of any fish and are extremely intelligent, they are able to recognise and take in lots of information," he said.

"I definitely think she understood what we did and stuck around, swimming around us to say thank you."

The Ningaloo Marine Interactions team, which also includes Hat Head's Justine Carmady, were all riding the emotional roller coaster and shed tears after the memorable incident. 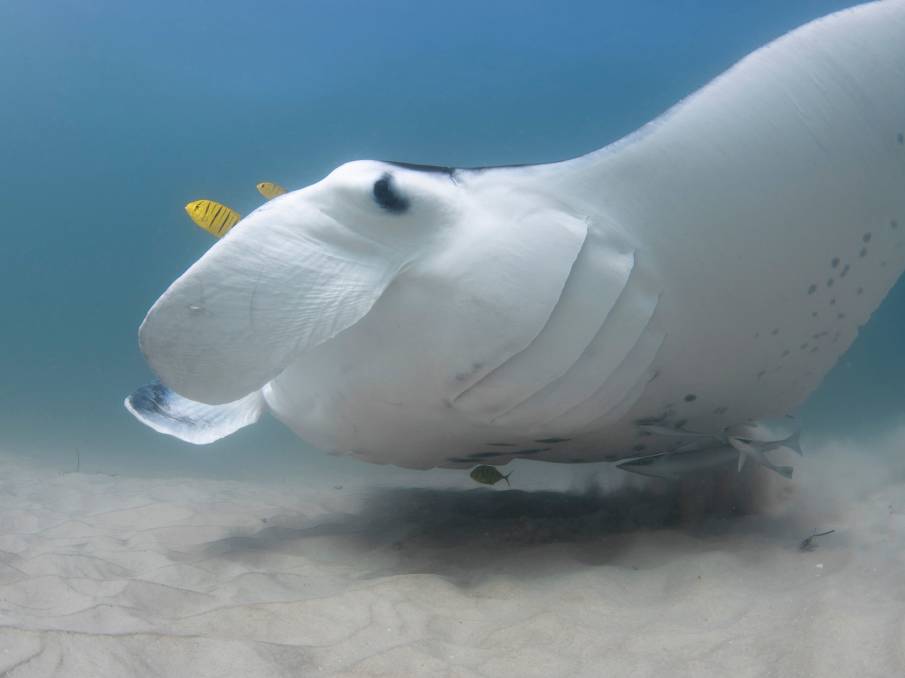 "It was a super emotional experience and there was a lot of relief felt after I was able to remove the hooks," Jake said.

Two weeks after the incredible rescue, Jake came across Freckles in the water and he believes the manta ray recognised him.

"I was in the water and spotted Freckles and after a while she recognised me," he said.

"She stopped and hung around and kept coming up to me. That's out of nature for a manta ray to do. It's extremely rare for them to interact like she was, normally they will swim by you and keep going. It was very special."

Fortunately a team of filmmakers from Tourism WA were travelling with the Ningaloo Marine Interactions team during Freckles' rescue and captured the special moments.