The weekend golfers enjoyed some great weather that brought surprises in the way of good scores and the occasional wind squall. Undoubtedly it was a weekend where the early birds had the best of conditions, but the later fliers produced the scores.

On Saturday the Men's competition was an Individual Stroke event, sponsored by Knights Fabrications, and contested by a field of 70 players.

The golfers were playing so well that no fabrication was needed, but there were moments when some steel was needed to withstand the wind squall, and support needed to recover when the winning scores were posted.

The Division 1 winning score brought gasps from all in the Golfie, and produced a huge smile on the player's face. Peter Barnes had a day when all the planets aligned, firing a 79 scratch score to give him a nett 63.

He kept his errors to a minimum, and helped his score with a couple of birdies on the back-nine. Runner-up was Stephen Uphill with 67 nett. He played a very even game, under the eagle eye of the Captain, turning only two-over.

Like "Barnesy", his back-nine had a few blemishes but still not bad. The Division 2 scores produced the shock of the day. Players toppled off chairs when Adam Currey posted his score of a nett 60.

Not only did the planets align, but the angels sang, the ball bounced fortuitously, and the new driver worked a treat. Scores of 39-39 were near his best ever, helped along by three birdies and no blemishes.

Runner-up was Robert Scott, whose game clicked into gear to allow him to record his best ever score, despite an eight on the eighth hole.

The NTP's went to; ninth - B Parker; 18th - P Grayson. The conditions allowed twos to be scored almost at will, with the ninth suffering badly.

The best went to Bob Borger on the first, where his tee shot ws only two feet from the pin!

Our visitor from Wagga, Tim Tisdell, struggled at first but then came home well with a string of pars.

The winners on the day must count their blessings as all of then encountered some problems along the way.

The best scores seemed to have been scored during a period of wind squalls. Peter Barnes had one shot where the club went further than the ball.

And Adam Currey 'had an issue' on the seventh but still managed a bogey.

Terry Griffiths sure made his presence known on the course. Terry was wearing a very big broad-brimmed hat, most becoming it was, which caused many players concern when the strong gusts of wind blew up.

The likelihood of Terry doing a 'Mary Poppins' was reduced by ensuring Paul Kay was on hand to grab his ankles. The poor trees seem to get blasted from all sides.

If was not from the winds, then from balls striking them. Playing the 8th, Stephen Uphill had a very narrow gap between trees to squeeze through.

But he showed good bowling technique to hit the tree 'middle stump' from which the ball rebounded a good 30 metres behind him. He still managed a five on the hole.

Others to parry with the trees included Garry Pymont, who had to almost climb a small tree on the 14th to play his shot. Ethan Gaffney was well clear of the trees on the 11th, explaining it was the safest way to play the seventh.

That is course management indeed. Ralph Baker had troubles on the 13th, also going backwards after striking trees, and finishing with an eight.

Among the many sad stories was Bob Borger. He was alongside 'Barnesy', and started like a train. Bob was one-under after four holes, thanks to his birdie on the first, but then was six-over after seven holes.

He slipped to six-over on the front-nine, and crawled home on the back-nine. Uncharacteristic blemishes occurred with other players.

Ray 'The Pro' Taylor managed three shanks in his round, while Scott, Kirkman that is, was aghast at a four-putt on the 17th for a six after being well placed. Digit McAuliffe did well to score a nett 73.

At one stage in the morning it looked like he may not make it to golf. By sheer skill he narrowly avoided a collision on the Eugowra road, and was still shaken up when he began his game. We are pleased he is still here.

History was made, this time by Alby Callaghan. For the first time in over 15 years, and as attested by his regular golfing partners, he went OB on the seventh. He was so shattered by the event that he stumbled to a nine on that hole.

The Sunday Stableford Medley had a good field, most of whom played early in the day. And the scores covered a gamut of tales.

Josh Coulthurst took the honours with 42 points, with his only blemishes being double-bogeys on the seventh and 16th. He shot past Bruce Carpenter, who on 40 points was looking good, but a steady front-nine was his undoing.

The ball sweep went to 36 points, giving Jacob Bernardi a ball, which was complemented by his NTP balls, having picked up both the ninth and 18th awards.

The lady players were well pleased to finish ahead of Ray Taylor for a change. Ray had four wipes and seven one-pointers overall, but did manage double figures on the back-nine. 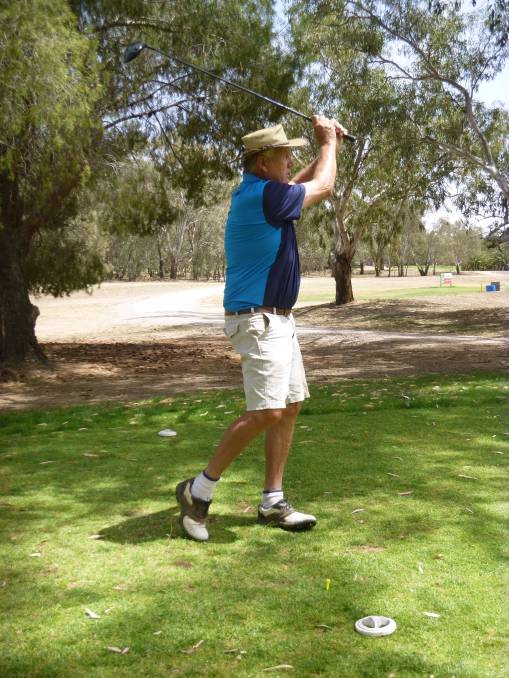 Stephen Uphill with an elegant drive on the fifth tee.

Here is the News

Congratulations to Jenny Fletcher and Ash Tucker who won a Regional Final of the GolfNSW KENO two person Ambrose. Their victory, a 1/4 shot win, sends them to Bonville for the State Final. Good luck!

We celebrate Terry Griffiths coming of age. Jenny Fletcher and family provided a bonnie picnic of food in the Golfie on Saturday evening to celebrate Terry's 60th birthday which occurred during the week. With family and friends around Terry enjoyed a tremendous evening.

Do not forget to think about and nominate for the CWDGA Pennants. A sheet will be on the notice board soon, so get your names down.

Depending on overall numbers of the Clubs who nominate teams in the four Divisions, there are usually five competition rounds, one Bye and then a two week Finals series. This usually commences in Early February

December 19 there is the Mid-Week Christmas Hamper Day, sponsored by Bernardi's Marketplace. Details are on the Notice board, but be prepared for a 9:30am shot gun start.

Saturday, December 7 is the Monthly Medal, sponsored by Landmark - Forbes. Sunday, December 8 has the Stableford Medley, and the playing of the 'AAA Cup' Playoff, for which contenders will be notified.

Saturday, December 14 is the Stableford Ham Day, sponsored by Woolworth's Forbes. This is a chance to put something special on the Xmas table. Sunday has a Stableford Medley. From there we roll into a period of Stableford, stroke and medley events across the Christmas - New Year period, with stern competition to begin again on January 4 with the Monthly Medal. 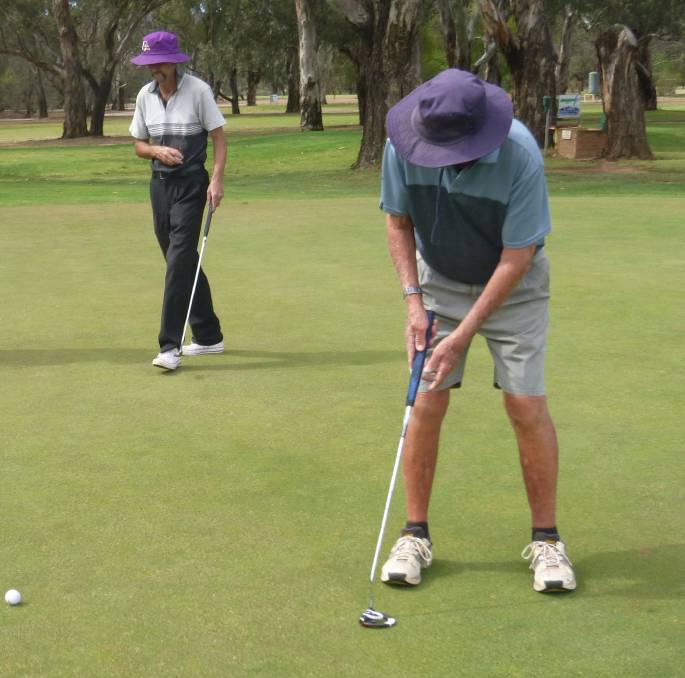