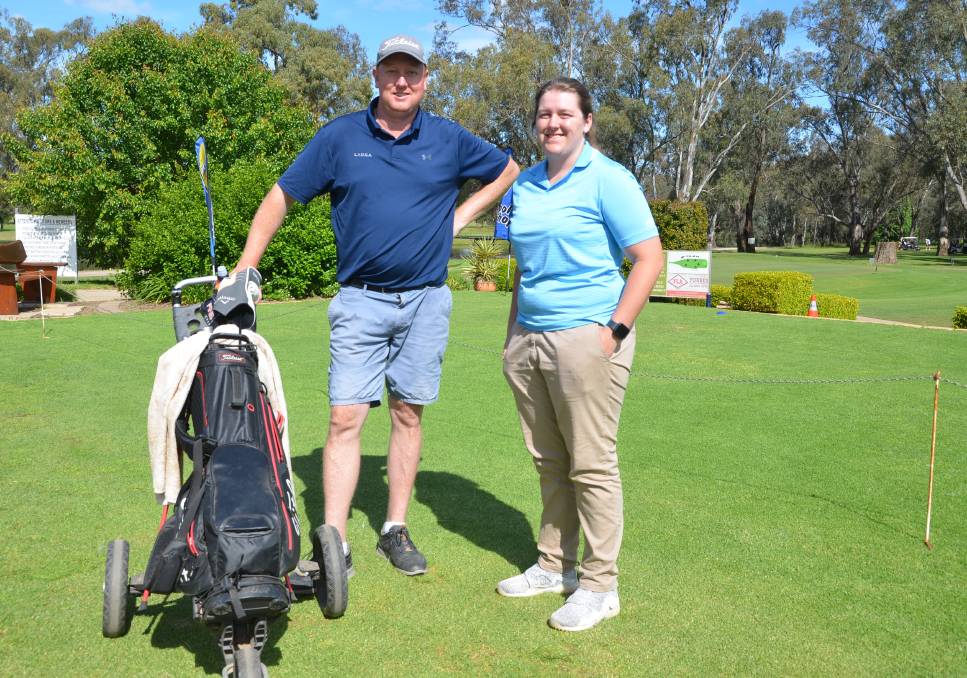 He won his first at 14-years of age and added his 12th to that list last weekend.

John Betland finished five under par in the 72 hole Golf Club Club championship to win by four shots from his brother Steven.

The brothers are amongst a brace of talented golfers in Forbes at present. However, their skills on the course in major tournaments have resulted in them achieving remarkable results across the country.

After the first two round the brothers shared the lead at one under par before John skipped ahead by one and two under par after the third of four rounds.

While more then happy with his win John said he was a bit patchy in places over the 72 holes.

"There were better signs on Sunday as I was able to find the fairways with my drives enabling me to hit 14 of the greens for birdie putts," he said.

"The first three rounds I had to scramble a bit. I also went close to being out of bounds in the second and third rounds but didn't which keep me in the hunt.

"On Sunday Steven made a couple of little errors which gave me a bit of a cushion," John added.

On Sunday the brothers were equal to the 8th tee before Steven bogeyed the 8th and 9th to John's pars for two up at the turn.

Both had a birdie on the 12th while John was able to add another two at the 15th and 16th opening up the four shot buffer with two to play.

Lady golfers will be hoping Brianna Duncan takes up a cadetship in water engineering next year meaning she could be away from home as the 19-year-old talent 'walked away' with the ladies A grade Golf Club 72 hole championship over the last two weekends.

What do you think?