It's only five years since Forbes shire's last major flood, and the question on everyone's lips when NSW Premier Dominic Perrottet flew in to examine the damage was, "what about the Wyangala Dam wall?"

Mr Perrotet denied that the State Government was hinting the project was off the agenda.

"What's important is that we continue the work to make sure that communities are protected; and that's exactly what we've been doing since being government," he told media at the Forbes SES Depot.

"There's obviously work being carried out currently in relation to Wyangala Dam, as well as other dams.

"We've invested record budgets in emergency services, in critical infrastructure right across the State; dams are an important part of that agenda.

"We've put significant funding aside for projects right across the State and we'll continue to work with the Commonwealth as those plans are being put together." 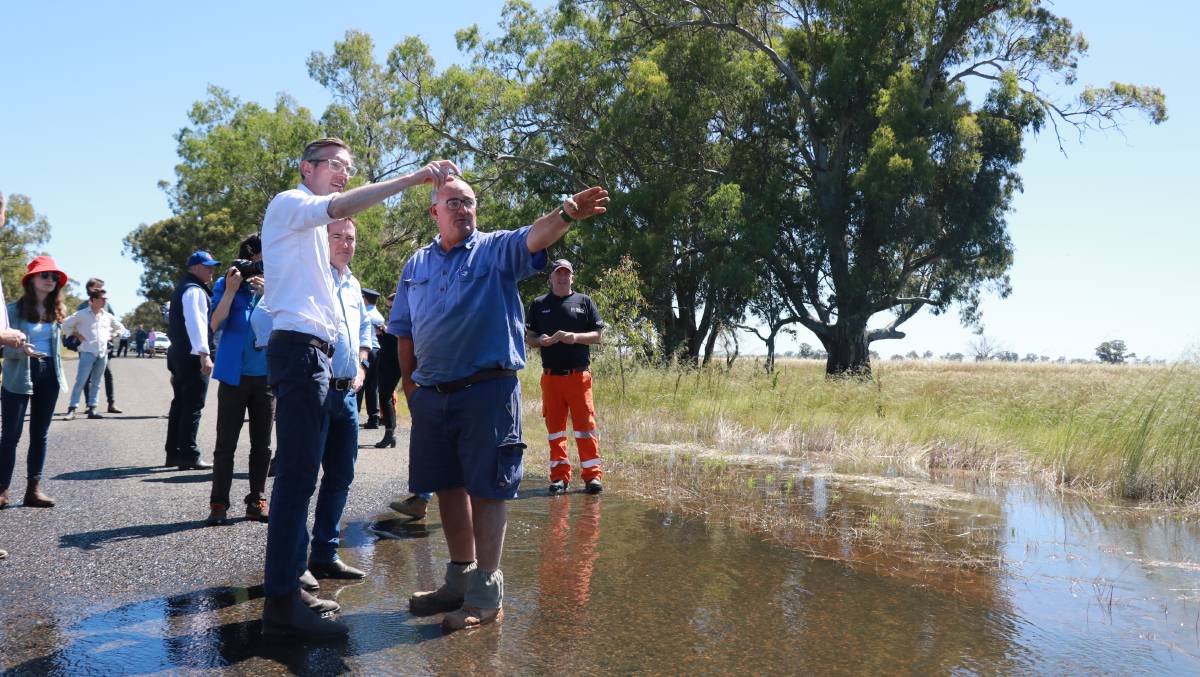 He said times of crisis were not necessarily the time to make plans.

"That work's currently being undertaken; the NSW Government is committed to doing the diligence and the work that's required to invest in critical infrastructure across our State to keep communities like Forbes safe," he said.

When it came to the delayed business case; "you've got to allow those processes to take place.

"What I'm focussed on is making sure the work is done."

He said much the same when it came to the promise to flood-proof the Newell Highway, closed for six weeks in the 2016 flood.

"I want to get infrastructure built as quickly as possible ... what comes with that are environmental studies, you can't just run roughshod," Mr Perrottet said.

"We'll work through that."