A police sergeant is being praised for his bravery after rescuing two boys from the flood-affected Lachlan River yesterday.

About 3.45pm Saturday, emergency services were called to the Lachlan River near Condoblin, after reports that two 11-year-old boys had jumped into the river from the western side of the river and were swept about 60 metres away by the fast-moving current, due to the rising flood water level in the region.

The boys managed to grab hold of a rope attached to an exposed log in the middle of the river and called out for help from some nearby campers at the local caravan park.

Officers from the Central West Police District attended, along with members of the SES and Rural Fire Service.

The boys yelled out to police that they could not hold on any longer. 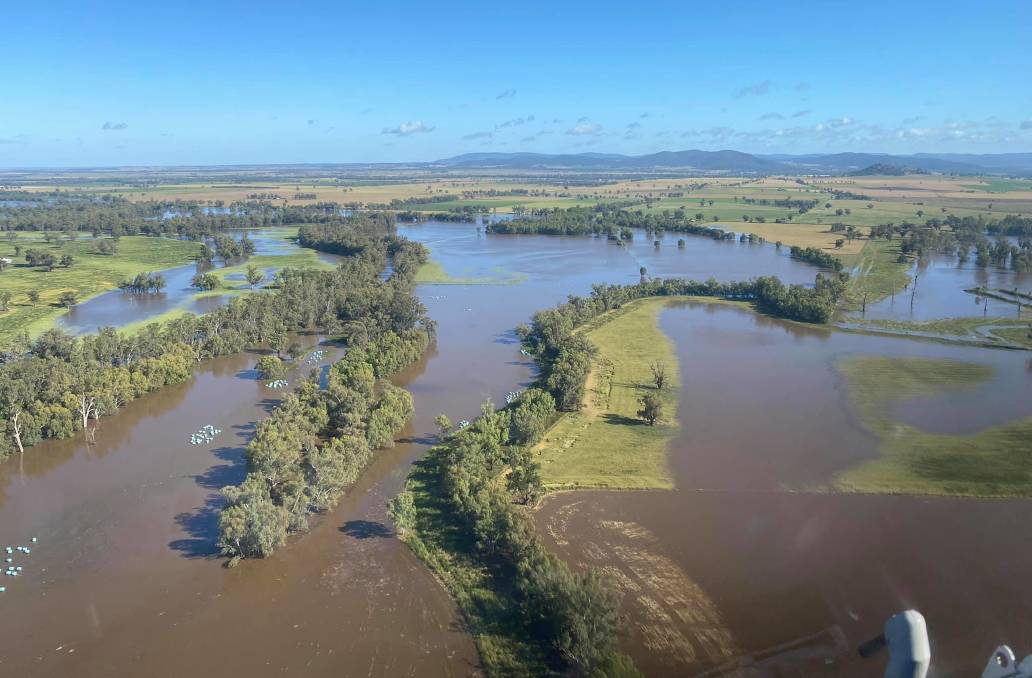 FLOODED: The water spreads from the Lachlan River across the floodplain earlier this week. Picture: Deputy Premier Paul Toole

With the assistance of a life jacket and a flotation device, Sergeant Hunter swam out to the children and brought both boys back to the riverbank.

The two boys were checked over by Ambulance paramedics before being returned to their parents.

Chief Inspector Peter Atkins, the Officer in Charge of Orange Police Station said that he would commend Sgt Hunter for a bravery award.

"The heroic efforts of Sergeant Hunter in rescuing these two boys in a fast-moving flooded river should be commended," Chief Inspector Atkins said.

"If not for the quick-thinking and courageous response from our police, the outcome could have been tragic for the families of these two boys," Chief Inspector Atkins said.

"It serves as a timely reminder coming into summer, that people should avoid swimming in flood-affected rivers, as conditions are unpredictable, changeable and often dangerous, Chief Inspector Atkins said.