An initial flood watch has been issued for some inland rivers, with a low pressure system moving into the west of the State during Wednesday bringing rain and thunderstorms from Wednesday to Friday.

The Belubula River (moderate to major flooding) and Mandagery Creek (minor flooding) are listed as catchments likely to be affected in a warning issued Tuesday afternoon. 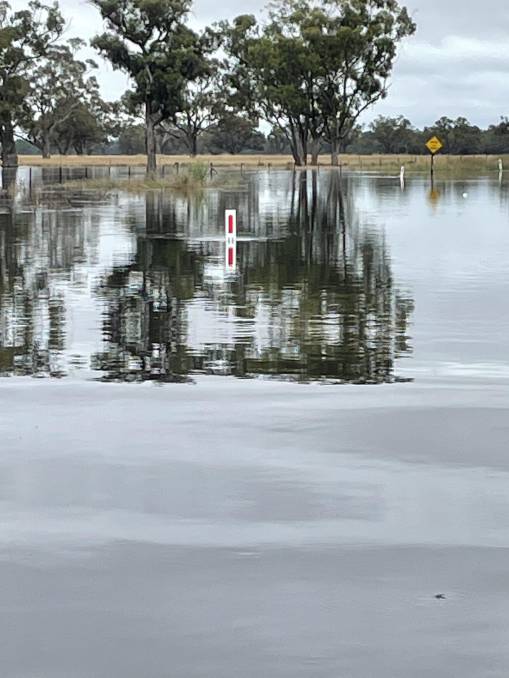 ROAD CLOSED: There is major flooding at Jemalong and in the surrounding area. Picture: Anne Earney

The earlier Lachlan River flood peak is making its way down river from Forbes but many are watching the forecast closely with a high chance of significant rainfall for the rest of this week.

Water NSW says it continues to work with the Bureau of Meteorology and regional airspace panels to manage inflows, and by Tuesday the Wyangala storage had been reduced to 94.9 per cent.

"With dam storage levels high, most catchments saturated and wetter than average weather conditions forecast by the Bureau for the near future, WaterNSW is monitoring rain forecasts and making releases to increase storage capacity to capture inflows as required," a Water NSW statement said.

"WaterNSW have been able to bring Wyangala down to 95 per cent over the last week, but we face another forecast rain event over the next few days so there's a fair bit of anxiety out there now," he said, in calling for the raising of the Wyangala Dam wall to give the storage flood mitigation capacity.

The BOM website gives Forbes a 95 per cent chance of rain Wednesday, Thursday and Friday; with 10 to 20mm predicted Wednesday; another 20 to 30 Thursday; and anywhere from 15 to 35mm Friday.

The forecast is similar for Cowra upstream, with the chance to 25 to 45mm Friday.

Forbes has already received more than four inches - a total 103.4mm - of rain this month bringing our total for the year to date to 939.6mm or 37.5 inches.