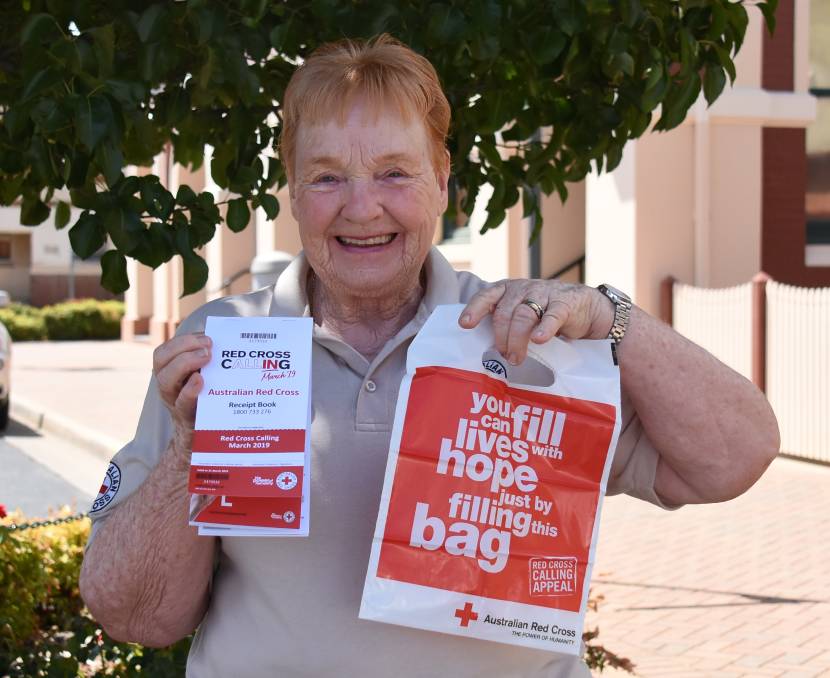 The late Wilma Hepburn was a devoted volunteer for Red Cross.

Mrs Wilma Hepburn left a memorable imprint on the Forbes community with her long and outstanding humanitarian commitment to Australian Red Cross.

Wilma first joined as a volunteer with Emergency Services in 1989, later joining as a member of the Forbes Branch, then Club in 1999.

During this period Mrs Hepburn held executive roles of Secretary, Vice President and President of Forbes Branch, then Liaison Officer since 2008 when the Branch became a Club.

She was a Life Member of the organisation.

On World Red Cross Day in May 2010, Mrs Hepburn's dedication was recognised with a NSW Service Award.

She received a National Outstanding Service Award in 2014, followed by a Special Mention Certificate for the John Fries Award in 2019 and her 30 Year Service Bar in October 2020.

Mrs Hepburn instigated and gladly supported Branch activities. She was a dedicated member involved in all fundraising in the community.

She connected with the local community and other organisations working together to raise the profile of Red Cross.

Mrs Hepburn led the Emergency Services team and supported the community through all flood events during her leadership.

Mrs Hepburn will be sadly missed by friends, and the broader community alike for her significant contributions to helping those in need. 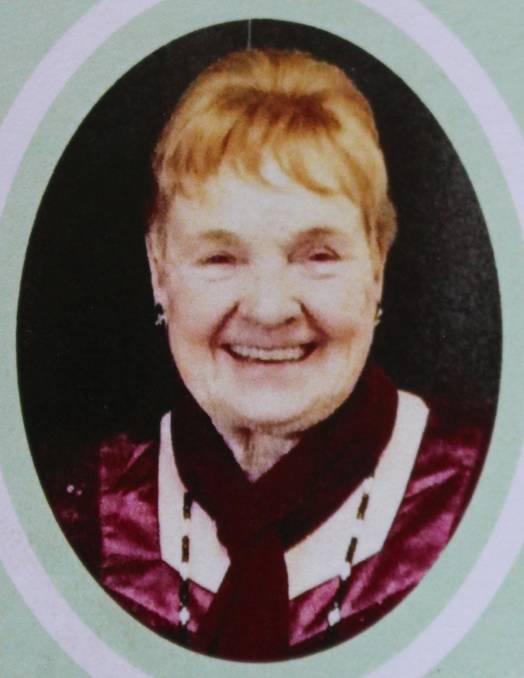 Part of the eulogy read by Laurel at Wilma's funeral ...

Wilma Hannah Hepburn nee McDonnald was born in Lanark, Scotland on the 15th of March 1945. She was daughter to Flora and Hector McDonnald, sister to Masie and Flora (sadly both deceased). Jean, Tom, Rita and Sandra.

Wilma attended Kingross School in Lanark. After leaving school she became a dairy maid on the family farm.

Wilma and Sandy had met because he lived next door. They married on September 4, 1965 and moved to Australia in 1966 for two years and (are) still here.

Here in Australia Heather, Fiona and Kylie were born, then later Matthew, Cory and Kylesha.

On arrival here, they lived between Griffith and Hay on a sheep farm and then in Sydney where Wilma worked at WD and HA Wills Rothmans Tobacco Factory for three years.

In 1975 the family moved to Forbes where Wilma quickly started working in the caring industry being Homecare and at the Old Jemalong Residential Village at the same time for 11 years, then at Neighbour Aid for 10 years before retirement.

If you could call it retirement. That is when her volunteer work increased. Like we mentioned, Red Cross for 23 years and was the pillar that held Forbes Red Cross in such high regard with Head Office.

She was a good mum and a loving wife of 56 years to Sandy.

I was the fifth child, and fourth girl to Fiona MacDonald and William Hector Hannah.

There were seven children in the family: Jean, Tam, Maisie, Flora, Wilma, Rita and Sandra.

We lived in an old house called 'Hillsgille' Kirkfieldbank Lanakshire.

I went to Kirkfieldbank school till I was 10 years old.

When I was eight or nine, I was going to school, I got off the bus and run across the road in front of a car and broke two legs, one hip and an ankle. I was in hospital for months.

Then, when I was 10, Mum and Dad sold the little little house and bought a farm in Cleish Kinross shire called Templeton farm.

We did not have any electricity for the first four years. we used tilly lamps.

We had a dairy of five cows with the dairy right next to the house. Later on when we had some money, we built a bigger barn for the cows up to twenty. Then we made the kitchen bigger.

We grew strawberries, raspberries, gooseberries, black currants and red currants. In the winter we had potatoes neeps. We had this neep cutter and we had to cut them up to feed the cows.

We all had to help on the farm from the smallest to the biggest. Other than Tam - he just sat on the tractor all the time.

When we used to pick the potatoes, we used to have a section to pick and there was always someone who would move the stick so their section was smaller, until you got wise to it.

In the winter time we shawed the turnips, then we had to throw them on to the trailer and cut them up for the cows in the morning.

When we went to milk the cows I used to walk up and down the byre and clap my hands to make them warm so the cows could do a poo. Ninety percent of them did one, and then you'd wash their teats and start milking which took an hour and a half.

Before we had the electricity we milked by hand into a bucket then emptied the milk into a round tank. The milk ran down a water cooled thing then into the milk can.

If you forgot to check the can and started milking the milk would run over and you were in trouble.

I forgot to say we had to start an old boiler to heat up the water to wash the milk dishes, including the milk cans after all that.

In the summer you let the cows out for the day, in the winter you just let them out for a little while.

Then I mucked out the byre into a wheelbarrow, took it up to the midden and tip it in when we come home from school, we had to bring the cows up the road with us, get changed then start milking.

After dinner dad would get the tractor, put the trailer on then we had to go to the field and pick up stones off the field.

We were sure when we were at school, he used to put all the rocks back on the field.

Thanks to palliative care nurses and Dr Draper for all of the care.