Parkes and Forbes continue their reputation as a valuable rugby league nursery in the Central West, with a number of players from both towns being named to represent the Western Rams in 2022.

Tony Woolnough and Kurt Hancock are returning as coaches of the Western Rams under 16s and under 18s sides respectively and the build-up to next season's Andrew Johns Cup and Laurie Daley Cup campaigns has already begun.

Parkes juniors who have been named include bustling fullback Malakai Folau and silky smooth halfback Jamie Thorpe in the under 18s, with Oliver Thomas the sole Parkes representative in the under 16s.

The Forbes Magpies were brilliant in the Group 11 under 18s competition and were well on track to challenge for the title before COVID-19 ruined the season.

Second rower Campbell Rubie and electric centre Harrison Scott were named in the Laurie Daley Cup squad, and both Magpie boys, who were two of the best players in that Group 11 under 18s competition, will be crucial for the Rams in 2022.

Laurie Daley Cup coach Hancock is looking back to the past to plot a way forward ahead of next year's competition.

With the Rams only having a short time to prepare before commencing their representative campaign on February 6, Hancock wants to make sure they are ready and that means hard yards at training.

On Sunday his extended squad were put through their paces at Wellington, being tested in a pair of 90 minute sessions.

Hancock knows it was a tough start, but experience has taught him a hard preparation can pay off.

"It was a real overload getting back to that, but when I revisited it, looking back when we used to do it this way, I think our footy teams were a bit more resilient and little bit more mentally tougher in the back end of games," he said.

"I know what that will give us come game time, the boys will be pretty fit, they'll be able to concentrate longer and at the end of the day, that's what wins you games at the back end, if you can concentrate on your skill levels under fatigue.

"I used to do a lot of that when I was coaching." 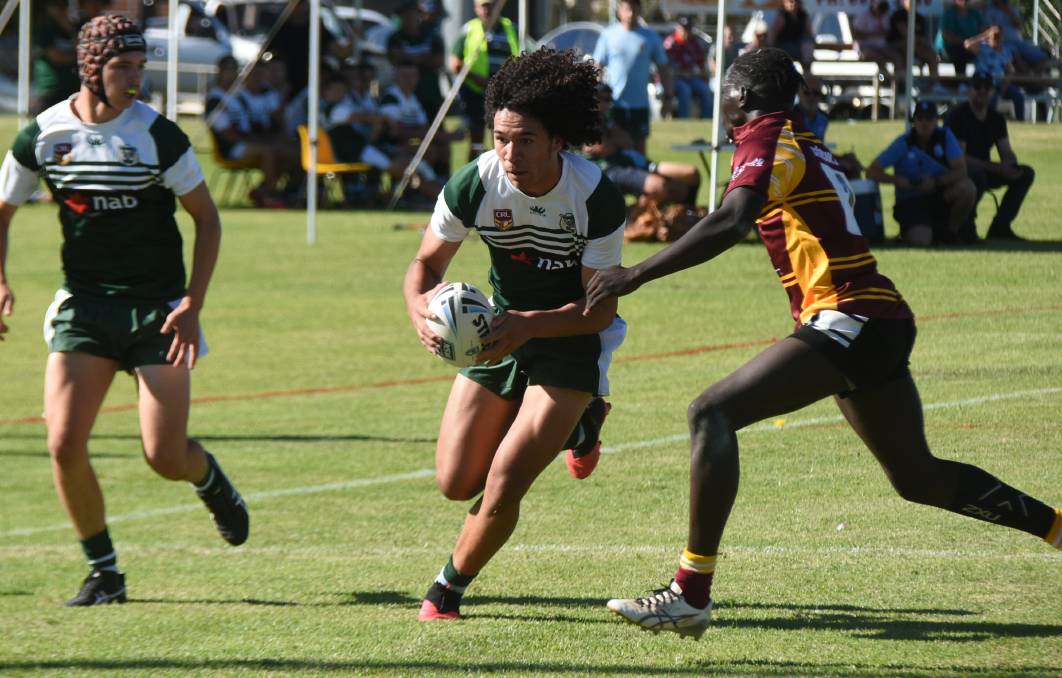 LOCKED IN: Hard-running Parkes fullback Malakai Folau is one of a number of players who will be back for the Rams in 2022 after wearing the green and white earlier this year. PHOTO: RENEE POWELL.

- Under 21s competition doubles in size for new season

Hancock stressed out that he and under 16 Rams coach Tony Woolnough are mindful of not pushing their young talents too far, with a mandate not to train again for 24 hours and being vigilant with hydration.

But he wants his squad to be ready and from what he saw on Sunday, they not only handled the sessions but came together more quickly than he'd anticipated.

Forming those combinations will be just as key as fitness and resilience as the Rams will need to finish their five round games as one of the top four ranked sides to advance.

"This first session I thought it was one of the better sessions we've had for a long, long time. They handled the load that was there, but it was more how quick they gelled," Hancock said.

"Obviously they all know each other and play a lot of footy against each other, but to put all the club grudges to the side - the way they conducted themselves I was really impressed.

"This year I think we've only got three or four from last year's squad so we are sort of starting fresh, but by the end of the session they were really tight and to me that's half the battle, especially with the short preparation they'll have.

"I'm actually real impressed with the kids that have come back from last year and shown some real quality leadership."

Both Hancock's under 18 squad and Woolnough's 16s will go into camp at Lake Burrendong this weekend.

More tough training sessions await them, but it's a method Hancock knows will have them ready for games which will be just as tough.

The Rams begin their campaigns against the Illawarra South Coash Dragons on February 6 in Wollongong.

From last year's under 18s alone the likes of Braye Porter, Parkes' Finnley Neilsen, Zac Williams, and star Forbes fullback Darcy Leadbitter are now taking part in pre-seasons with NRL clubs and Woolnough said the Rams are a great pathway.

"There's a lot of kids who come in raw and if I can do a job and teach them a job about footy I'm happy, and if they go further than that it's great," he said.

"It's a great pathway, the Western Rams, and this is my fourth year and to see lots of kids down there is really good to see."