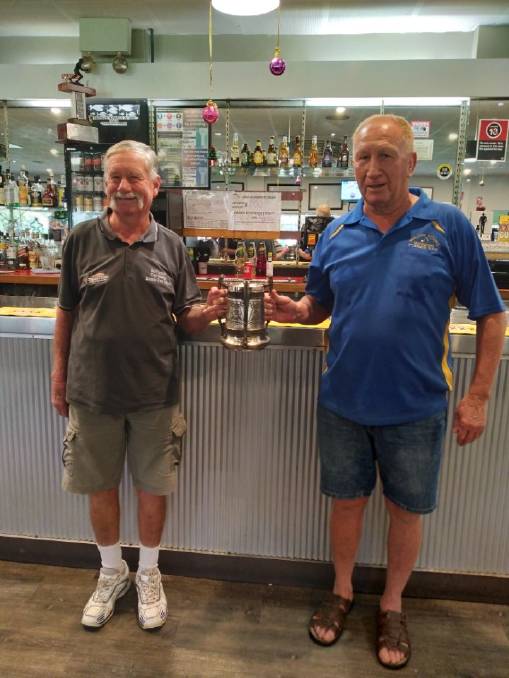 Bentick Trophy is a singles social competition that is played over many weeks.

After 20 plus nominations to play in this competition the final pair left to battle it out for the title was nothing short of a spectacular game between two A grade players - Lindsay Willding and Bert Bayley.

With a margin of 1, the game was tight from the start. Both men playing outstanding bowls giving each other a run for their money with the game coming down to the wire with only minimal between the final scores.

Bert Bayley was the victor of the competition and the 2021 Bentick Trophy Winner.

Sunday morning bowls wrapped up for 2021 and due to some challenges and restrictions we all faced there was one outstanding award which was donated by the Forbes Country Bakehouse.

The Bakehouse has been a long-standing sponsor of Sunday morning bowls and we cannot thank them enough for their continued support.

It was only fitting that we presented an award for the "Most Consistent Player".

This person travelled from Parkes to play every week and also sponsored a Scottish inspired morning off his own back, and this was awarded to Alan Affleck. 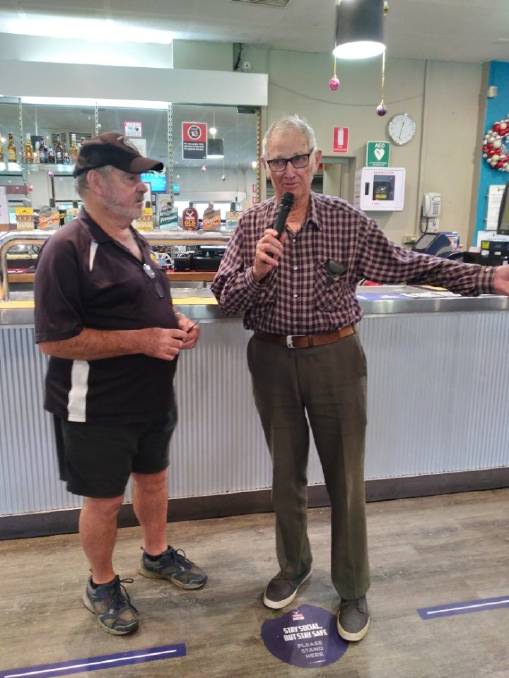 We are back! And in the swing of things already for Sunday morning social bowls kicking off the 2022 season.

It was great to see 22 keen players itching to start the New Year enjoying a very warm summer morning on the green.

Our triples game was played by Peter Greenhalgh, Cliff Nelson and Brian Asimus verse Tara Shaw, Pooch Dukes and Al Phillips. Tara, Pooch and Al were the first points scorers picking up a 3 which was a great start. Keeping the game friendly both teams went end about to gain points on the board. Going into the half time break Tara, Pooch and Al held the lead of 8-2.

Following the break Peter, Cliff and Brian refueled and took out 4 of the next 6 ends however but were only lucky enough to pick up 1's which wasn't enough. Tara, Pooch and Al had a great win 13-6.

Beck Roach and John Kennedy played Kerry Roach and Leisa Burton. Kerry and Leisa wasted no time stamping their position in this game; picking up 5 points in two ends they were off to a flying start. Beck and John were able to win the 3rd and 4th to get runs on their board as well. Kerry and Leisa certainly weren't showing any signs of slowing with gaining a 6 on the 5th end.

Alan Hilder and Glen Kearney came up against Fred Vogelsang and Al Smith. Fred and Al flew out of the starting box picking up 11 points in the first half with Alan and Glen yet to get on the board.

Laurie Spackman paired with Michael Coles to take on Gus Coles and Geoff Coles. What was going to be great friendly game between family, the score board showed differently. Laurie and Michael certainly started the game strong picking up 4's and 5's to give them a great lead on the 8th 16-3. Gus and Geoff certainly needed to find their groove; they were able to win 4 of the last eight ends gaining 9 points overall to their score board. Laurie and Michael also scored additional points in the second half and took out the game 26-9.

There were 4 resting touchers this weekend which went to Leisa Burton, John Cutler, Bob McGinty and Fred Vogelsang.

The raspberry for the wrong bias went to Scott McKellar.

16 bowlers took to the green for Thursday afternoon bowls.

Ivan Hodges and Al Phillips played Bozza Bolam and Paul Baker. Bozza and Paul were to good to win the game 20-13.

Dennis Byrnes and Scott McKellar played Bobby Grant and Glen Kearney. Bobby and Glen came away with the win 23-13.

Eddie Gould and Bert Bayley drew Barry Anderson and Lindsay Willding. Some great shots had throughout the game however Eddie and Bert were the victors of the game 16-11.

Lynn Willding and Al Phillips played Loris Stewart and Al Smith. A very close game with the score board often being equal but Lynn and Al were to good on the day and won the game 17-13.

Peter Greenhalgh and Bobby McGinty came up against Tara Shaw and Cliff Nelson. With Cliff playing onfire Peter and Bobby picked up a 4 on the last to win the game 19-13.

Raspberry for the wrong bias was awarded to Lyle Strudwick.

Sunday morning social bowls is open to anyone and everyone who would like to have a game. Names in by 9.30am for a 10am start. $11 to play and all welcome. Contact the club to put your name down on 6852 1499.