There's very little water left on many of the farms across the region and predictions are that the months ahead will be drier than average. Here's how our farmers are coping.

A LACK of rain through the winter months has left most of the Central West still languishing in drought as spring approaches.

While some small pockets in and around Bathurst and Lithgow are not officially drought-declared, it is a different story the further west you go.

Since October 2016, below average rainfall has parched the majority of NSW, with farmers feeling the sting the most.

READ MORE: Here's how the worst drought on record looks like from space

And the Dubbo region has been the hardest hit area of the Central West.

Through 2019, Dubbo has received about half the rainfall recorded in Bathurst and Orange.

It's been very dry over a long period of time without relief.

Orange has received about 330 millimetres, with just over 350 millimetres recorded at Bathurst.

Ms Kilby - who's located at Eumungerie, just north of Dubbo - said the drought had been one of the worst in memory with no respite from the long dry spell.

READ ALSO: Want to pay a mortgage in five years? Here's how

"It's been very dry over a long period of time without relief," she said.

"Personally, we had a bit of relief in the summer time but there are family members at Collie that have had no relief at all."

"We have very little irrigation water left," he said. "The farmers are very worried how they're going to get through the next spring-summer with apples and cherries. There's no real water source there for them, particularly around the Mount Canobolas area and south of Orange.

"The ground is also fairly dry so even if it rains or snows, we're not going to get much run-off into our dams.

"With regards to stock water, it's very variable. I've heard in the area east of Bathurst, there are good patches in regards to farm dams.

"However, a lot of farm dams in the Blayney, Orange and Cabonne area are very low, if not empty, so stock water come next summer is going to be a very big problem.

"We're hoping to have good pasture growth into spring as well."

While any rain is welcomed, Mr Reynolds - who is based at Forest Reefs - said it was even more crucial heading into spring.

"Whether you're at Lithgow, Bathurst, Orange or Dubbo, rain from now to October is crucial to get pasture growth," he said.

A lot of farm dams in the Blayney, Orange and Cabonne area are very low, if not empty, so stock water come next summer is going to be a very big problem.

"Constant rainfall is important for producers from this moment on."

In Bathurst, the region's NSW Farmers branch chair David McKay compared the current drought to the 1979-1983 drought that hitmost of eastern Australia.

However, he said farmers were better equipped today than in the past.

"With modern technology, we're a lot better set up with water and transport, and making hay," he said. "But it still costs and we're lucky the market price for stock is good. That's been the biggest help because in past droughts, the stock hasn't been worth anything."

Mr McKay believes Bathurst is better off than this time last year but there is still a need for rain heading into spring.

"Now we're desperately keen to get a bit more rain to get them going again to feed our cattle.

"We can't wait much longer [for rain]. We've reached the point of no return really.

"Some people might have feed, but we all need lots of rain now. If we can get good rainfall through spring it will be great, but I don't think it's going to happen.

"However, you never know." 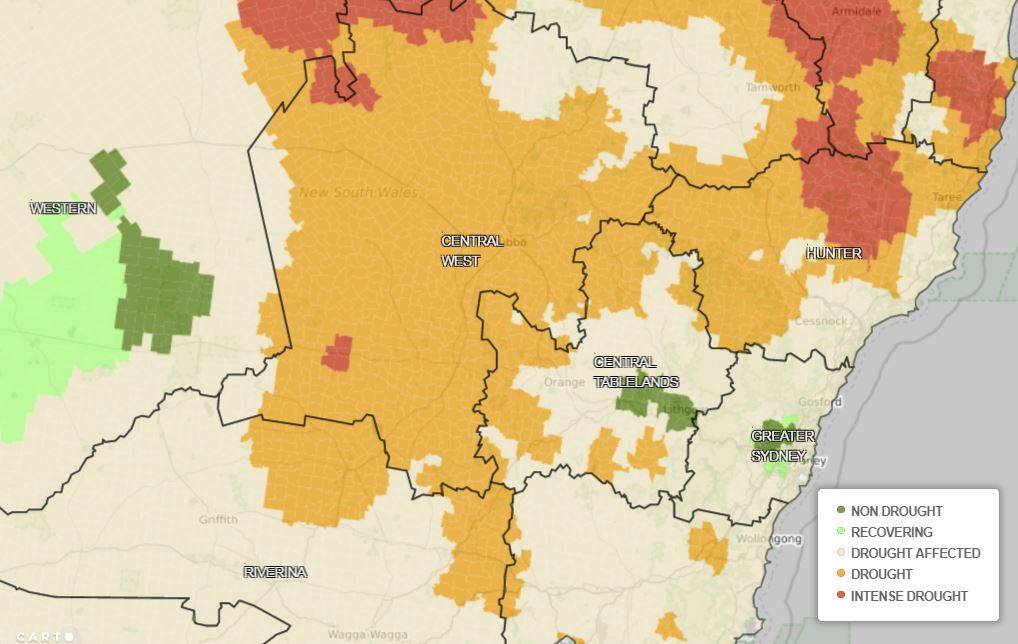 AS the drought drags on in the Central West, there is no good news on the weather forecast horizon.

Bathurst has had 351 millimetres of rain in 2019, Orange has had 357 millimetres and Dubbo just 176 millimetres - down on all three cities' average rainfall to this time of year.

Dubbo's 176 millimetres, though it is more than was received to the same time last year, is still less than half of the 395 millimetres the city averages to August.

Weatherzone meteorologist Craig McIntosh said the outlook for summer is drier than average.

Mr McIntosh explained there are three weather patterns that are causing the below average rainfall across eastern Australia - El Nino, the Indian Ocean Dipole and a high pressure system over central Australia.

"An El Nino system typically brings drier conditions to eastern Australia, but what we want is the La Nina," he said.

"However, El Nino is the lesser climate driver at the moment. This time of year, we're partially controlled by what's called an Indian Ocean Dipole.

An El Nino system typically brings drier conditions to eastern Australia, but what we want is the La Nina.

"Waters on the other side of the country help control how much moisture comes down from the north west, but because of the current trends, there's nice warm waters and more evaporation in Western Australia.

"That means the rain is not being transported down to south-eastern Australia.

"The positive Indian Ocean Dipole will break down during the monsoon season, so that won't have an effect in summer.

READ ALSO: Doggone! What did your pet just eat?

"But combined with El Nino, the Indian Ocean Dipole and the high pressure over central Australia, that's all contributing to the dry weather."

"What we want is a La Nina, but that is not looking likely," he said. "There is always a chance of an individual weather system bucking the trend in summer and we can't see out that far.

"I can't tell you what day a trough is going to pass over central NSW and deliver 20 or 50 millimetres of rain, but it can happen, though.

"There will be thunderstorms and that's the better chance of rainfall in summer.

"The best chance of rain in summer will be short bursts instead of extended days of rain." 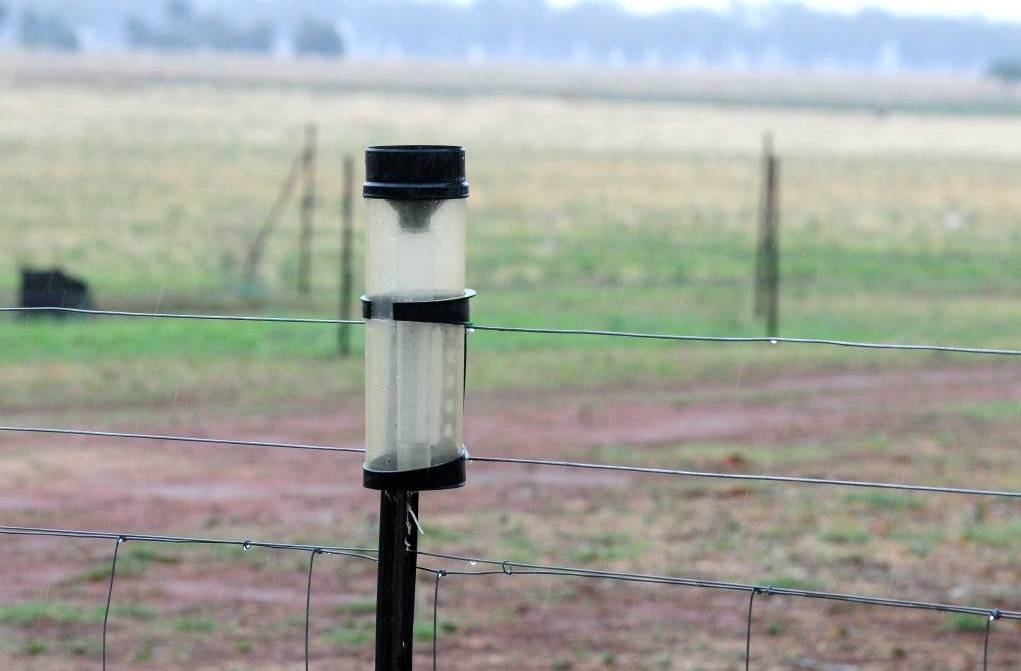 LOCAL Land Services says tough winter conditions are being made tougher because of the drought.

"Winter can be a difficult time for livestock, and their capacity to cope with cold is reduced if they're in paddocks with little pasture," senior land services officer Brett Littler said.

In areas where rainfall has been limited, cold temperatures and frosts will further slow pasture growth, making it more likely that stock will need to be given additional feed in the event of a severe cold change, according to LLS.

"Anyone lambing or shearing during the coming weeks will be well aware of the risks sheep face during a cold snap," Mr Littler said.

"Keeping feed up to a mob is essential, and well worth the added expense and effort when you consider the price sheep are fetching at market, and the potential lost profits due to a reduced lambing percentage."

MetEye provides detailed forecasts on the timing of snow falls broken into three hour blocks, so farmers can gauge precisely when to expect snow and bad weather.

Arctic conditions across the Central Tablelands and Central West over the weekend brought snow to Oberon, Orange and Cootamundra and sent temperatures plummeting.

Snow flurries were also seen across Bathurst CBD and suburbs.