Paratriathlete Lauren Parker is a world champion. The Newcastle athlete led from go-to-whoa in the PTWC World Championship title in Switzerland overnight.

This article, first published by the Newcastle Herald, in May 2018, provides some insight into the athlete and the woman. 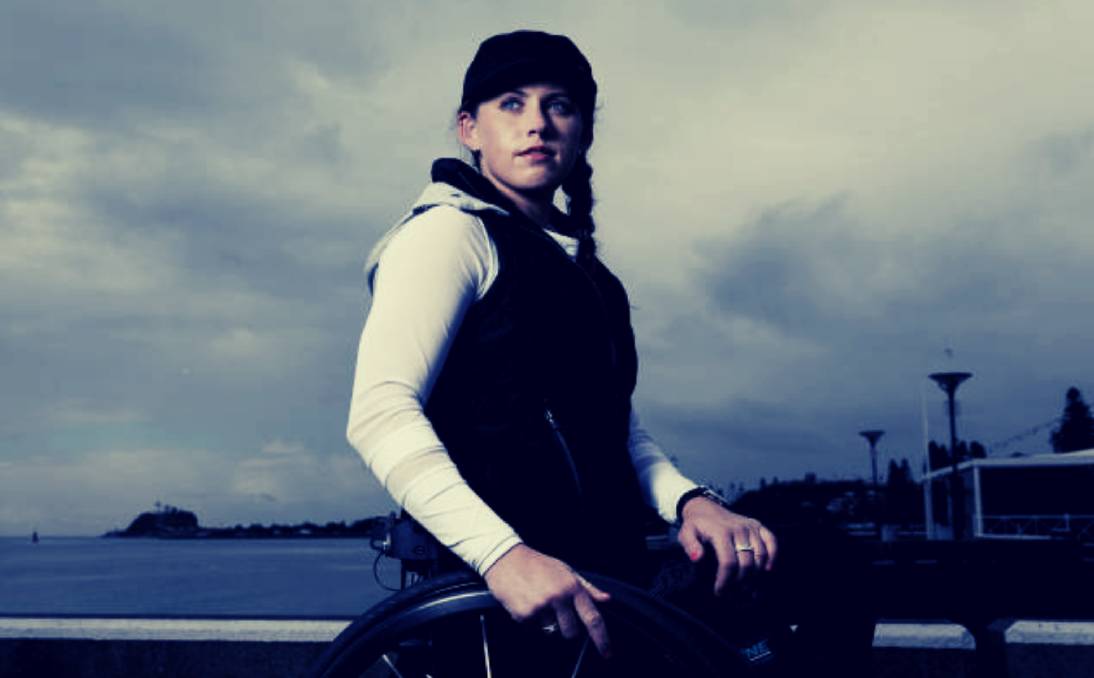 The first thing I notice about Lauren Parker is her smile. It is brilliant.

That smile ignites not just Parker's face but also the room as she enters Six Degrees restaurant by the harbour.

It is the smile of someone who has just achieved something extraordinary. Just a few weeks earlier, Parker had won a bronze medal at the Gold Coast Commonwealth Games. She hasn't brought the medal with her; its at home in a display box.

I don't need to grab it to know what I did, she says.

Her great friend and training partner Brad Fernley is standing beside Loz, as he calls her.

Yet a smile can also be a mask for doubts and pain.

I'm in intense pain right now, Parker murmurs in her soft voice, still smiling, which only makes what she is saying harder to comprehend.

Are you always in pain?

Twenty-four/seven. I've got neuropathic pain, which is nerve pain. It feels like I'm being stabbed with needles or knives everywhere, or like I'm sitting in acid or fire. That's what it resembles. Its pretty much torture.

How do you manage to smile?

I don't at home. Obviously out in public, I have to.

For Lauren Parker, the pain is beyond physical. She hates where she finds herself. She is in a wheelchair, paralysed from the waist down, because of a bicycle accident while training for a triathlon just over a year ago. Not even her smile, not even the lustre of a bronze medal for her performance in the Commonwealth Games women's paratriathlon, can masquerade that pain.

I'm in a wheelchair, I'm in pain, she says quietly, and I want my old life back and my old self back. LAUREN Parker was born in 1988 and grew up in Belmont. She was the youngest in the family.

I was always so hyper and active, Parker recalls.

She found focus in the water. Parker was a competitive swimmer. By the time she was a teenager, she was being selected for national squads. At age 14, she trialled for the Olympic team. But being very good in the pool was not good enough for Lauren.

"I wasn't getting there in swimming, so I wanted to try something different," she explains. "But I couldn't quit because I'd been doing it all my life, so I thought Id give triathlon a go."

In short time, Parker was excelling at triathlon. She was invited to train with other elite athletes. That's when she met Brad Fernley, a champion ironman and triathlete, at a pool session at Mayfield.

"Instantly, I've gone, Wow!," Fernley says of that moment a decade ago. "We just clicked straight away, when we spoke," Parker says. "We became friends."

They also became training partners, as Fernley, who is 58, helped Parker rise through the triathlon world. Parker sees him as more than a mate: He's like a Dad.

For three years, she also trained during the Australian winter in Mallorca, Spain. To pay the bills, she worked in a shoe store and for her coach, John Hill, selling triathlon products.

"I loved life, I loved going over there, I loved spending the whole year in summer," she says. "I couldn't think of anything better than doing what I loved and travelling around the world."

There was next to no social life for the young woman, but she doesn't regret that. "However: I wish I didn't start triathlon. That's the only regret. I love it, but I wouldn't be like this, if I didn't start."

"That hurts, doesn't it?," says Fernley. "Because all she's lived for, since I've been around, is this." Parker had suffered pain and setbacks in triathlon. She broke bones in cycling crashes. But she pushed on, competing, and winning, in international events, despite carrying injuries. As Fernley says with admiration: "The word can't doesn't exist for Lauren."

Yet on April 18, 2017, one terrible moment on the road near Raymond Terrace conspired to push Lauren Parker towards the word ca'nt. She and Fernley were on their bikes, training for the Ironman Australia Triathlon, when both her tyres blew. She fell and smashed into a guard rail.

"I only remember lying on the ground with someone holding my head, or my neck, and Brad standing over me. I remember feeling my legs and saying, 'I can't feel them", because it was the weirdest thing ever, the first time, not being able to feel them."

That night, a surgeon told Lauren she had a zero to one per cent chance of walking again. She responded by saying, "f**k off".

"It was going through my head that I was going to be in a wheelchair forever, and I couldn't comprehend that, she says of that first night. Because Id never thought, ever, that I'd be like that.

Parker and Fernley continue to grapple with combinations of if only... and what if... as they replay in their minds that day, that moment, that changed both their lives.

"I'd like to be able to go to bed tonight and not hear Lauren hit that guard rail, he says. Five nights out of seven, I'm hearing it. It's there. The effort to move forward was played out in a hydrotherapy pool during rehabilitation. For the first time, Lauren could return to what she believed she could do: swim. She tossed aside the noodle float, pushed off and couldn't swim: "One arm went over and I couldn't get the other one over. My legs just sank, like a deadweight."

She was devastated. Watching on, and feeling broken, was Fernley, who spoke to Loz about the decision of her life.

"That's what I chose," says Parker, "and by the end, I did three continuous laps. Very slow. She wouldn't look too far ahead: I didn't think I'd be back doing triathlon, let alone the Comm Games." Parker began training in December and just over a month later was competing as a paratriathlete. In February, she achieved the near unthinkable. She qualified for the Commonwealth Games. Parker didn't see it as a big deal. Fernley corrected her, and still does: "There's a qualifying time. You made that qualifying time And you worked frigging hard to get that time!"

She enjoyed being at the games - "Malcolm Turnbull asked me for a selfie. I wasn't going to, but I thought I'd better" - and she is proud of what she achieved in the paratriathlon.

"The bronze medal will probably be the most special to me, because I know what I went through to get there."

But her pride is tempered: "It's better than not achieving, but I'm still It means nothing, if I can't walk."

"That medal, it doesn't matter what gold medal she gets moving forward," Fernley asserts. "To me, of all the medals to win and all the medals shes going to win, for as long as you want to live, that means more than any medal shes ever going to get ... To me, that medal is what she has done to change her whole life around." Lauren Parker with her women's paratriathlon bronze medal at the Commonwealth Games, held on the Gold Coast in April. Picture: Dean Lewins/AAP

Parker and Fernley are there for each other, pushing each other, and supporting each other when they have to stare into very dark moments and deal with seemingly insurmountable odds. They need each other. Parker says: "I'd probably be dead now, if it wasn't for him."

She often looks to him when answering questions, as she searches for words. And at times, he can't find the words. He points out people often approach and tell her she's inspirational and amazing.

"We need a better word than 'amazing', because what she's done is, yes, its amazing, but we know how amazing it is, because of all the other dealings we have to deal with every day.

Parker is still uncomfortable being in a wheelchair in public, and with being called inspirational: "They can say you're an inspiration and all of that, but they just go back into their life." Parker won't yet dare to dream of walking again. But she wont give up. She is training 25 hours a week, working towards being a world champion.

This story Lauren Parker: so much more than amazing and inspirational first appeared on Newcastle Herald.