The views within Group 11 when it comes to 2022 competition structure couldn't be more different.

Some can't wait and are already eyeing premiership success, while others don't want any part of the proposed Peter McDonald Premiership.

Debate around the western area has been rife since NSW Rugby League confirmed a structure change in March of this year and it ramped up in recent weeks following the release of a proposed schedule for the 2022 season.

We spoke to officials from every Group 11 club about their views on the Peter McDonald Premiership ahead of Sunday's competition annual general meeting.

Here's where everyone stands.

It's hugely positive within the Dubbo CYMS camp. There's genuine excitement among players and officials.

First grade coach Shawn Townsend said the competition has even made a number of players shrug off any thought of retirement.

"I reckon we would have had a couple of players pull the pin at the end of this year but there's another challenge for them now," Townsend said.

"There's some blokes who have been playing for 10 years who might have had enough because it's been the same all the time.

"But I think they'll play for another three or four years just because it will generate excitement again among our players." The biggest positive for Townsend and CYMS is it means competitive, top-level rugby league each and every week.

The Fishies have been the most successful club in Group 11 in the past two decades and a real advocate for structure change.

"Sometimes (in recent seasons), and you don't want to sound arrogant, but they knew they could play shit and still win 50-0," Townsend dded.

"It's not boredom, but it just a day out on a Sunday that they could instead spend with their young kids at home."

The Cowboys remain the biggest opposition to new competition.

"I can't see how NSW Rugby League can force clubs to do things they don't want. Whatever it means, we won't be playing in the Premier League (Peter McDonald Premiership)," president Darren Ah See said.

"Whatever decision NSWRL makes, we'll just have to revisit it from a club perspective then but we won't be forced into a Premier League no matter the situation.

"2022 is probably too soon given all the grey area but NSWRL is keen to start next year. We won't be playing in the Premier League in 2022."

If they (NSWRL) say the change will benefit rugby league, I totally disagree.

"If they (NSWRL) say the change will benefit rugby league, I totally disagree," Ah See added.

The future is hugely uncertain for the Cowboys right now.

The Nyngan Tigers president is open to new competition structures as he just wants to see his club play at the highest level it can.

If that means playing in a western premiership, so be it. But it's got be the right competition, run in the right way, and that's why he remains against the proposed Peter McDonald Premiership. 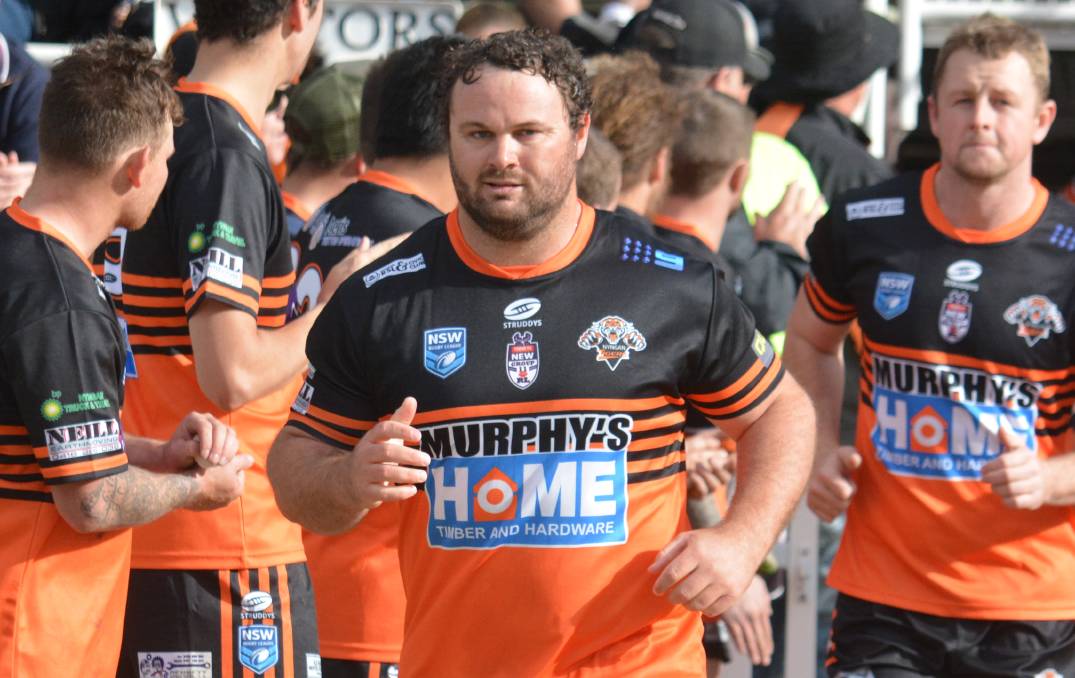 UNCERTAINTY: Jacob Neill is one of a number of players who have questioned the plans for next season. Picture: Nick Guthrie

Neill has questioned the new competition for some time, and nothing has changed in the lead-up to Sunday's AGM.

"Like I've said a million times, if this was done the right way and all the clubs had all of the info and everyone was happy and it's what was decided then we would go with it and give it a crack. But it isn't the case," Neill said.

Aside from having a contact at a Group 10 club who he talks to from time to time, Neill said there hasn't been one chance for all the clubs involved to get together and speak about the proposed competition.

The lack of say from the clubs and the lack of opportunity to speak to the game's powerbrokers remains his biggest issue.

"The end result should still be a show of hands by the clubs in Group 11 and Group 10," Neill added.

"If it gets in, it gets in and if it doesn't, it doesn't. Or, maybe we're not prepared to take it now but do another 12 months of homework and see if we can refine some of the issues and is there another way?"

Neill went as far as to say he doesn't have one sponsor or committee member keen on the proposed premiership for 2022.

Sponsors is a key area of concern for Neill, as the majority of businesses are still feeling the effect of the COVID pandemic.

Another of the competition's biggest supporters.

Some within the club reportedly still have some issue with the competition but overall, there's excitement.

So much so, captain-coach Alex Ronayne is already thinking about being the inaugural Peter McDonald Premiership champions.

"I'm going into my third year of coaching and to win this would be unreal," he said.

"It's something I really want to do. Winning any game week in, week out means a lot to me but winning this comp would really mean a lot.

"I'm looking forward to it and I think we will have the team to win it." Much like counterparts across town at CYMS, the prospect of testing himself and the Raiders against the best of Group 10 is the biggest drawcard for Ronayne.

The Spacemen probably sum up the whole situation best as club president Tony Dwyer can see both the positives and the negatives.

He's open to the new league and said "a bit of new blood doesn't hurt" but there is some concern about the impact of playing in a competition with sides from much larger centres in Dubbo, Orange, and Bathurst.

If the smaller clubs are forced to fork out more money to turn players' heads from looking at the bigger towns, that could hit the bottom line hard.

"I'm not just sure if they're just trying to get the bigger centres like Dubbo, Orange, and Bathurst together in their own comp and they're making it hard for the little guys," Dwyer said.

"We're not too bad and we're going alright and the sponsors are good and we don't pay overs for players. If we'd paid more the last few years we could have got closer, but in those years where we were winning comps and bringing in blokes it hit the club hard and it can take five or six years to regroup." 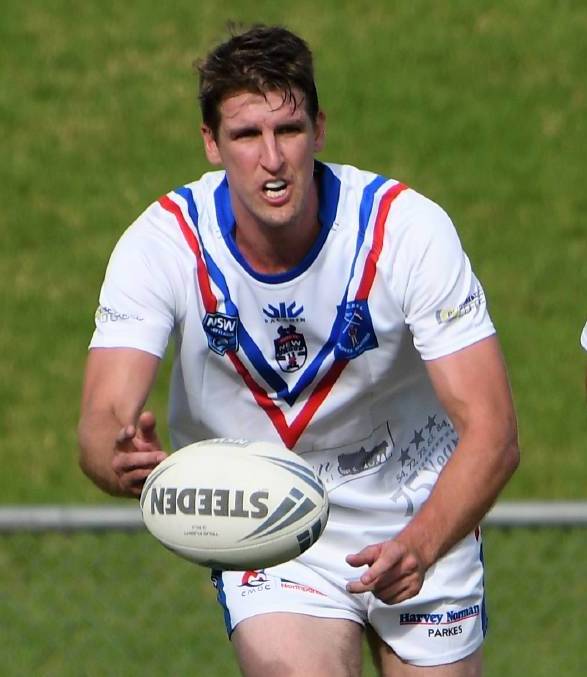 Jack Creith will be captain-coach for the Spacemen in 2022.

Dwyer can see the positives, and the chance to play host to Group 10 clubs and see new players at Pioneer Oval could boost the already strong crowds Parkes regularly gets.

As it stands, the Spacemen are happy to be part of the competition but the uncertainty around many aspects of it continues.

The Magpies are another big supporter of the competition.

Go back just a few years and former club president Matt Coleman proposed an idea to bring the two competitions together.

Current president Matt Jack felt it was "inevitable" Group 11 and Group 10 would come together and he's excited about what level of rugby league the new competition could produce.

"We're really keen. It had to happen at some stage," Jack said.

"From our point of view, it's going to be a stronger comp. It's just a chance to play against the best footy players in the country, really. The good footballers are all for it because they want to test themselves so we're all for it.

"It will be a good test for both under 18s and first grade." 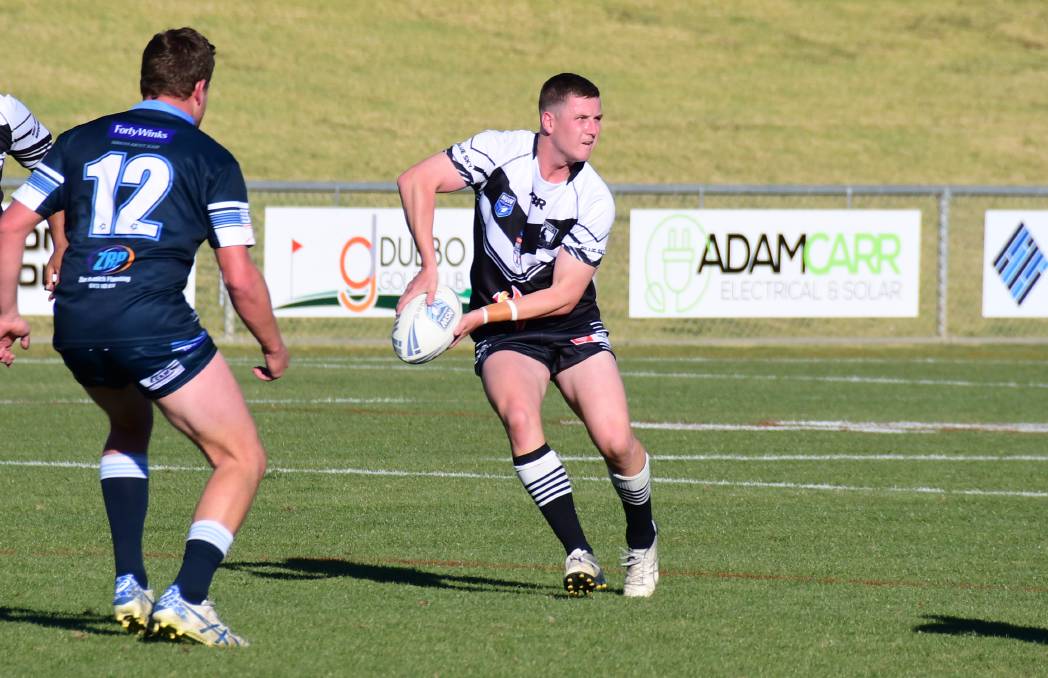 STEPPING UP: Nick Greenhalgh and the Magpies are keen for a big 2022 after struggling to string wins together this year. Picture: Belinda Soole

But, like so many others, Jack can understand others being against it and added the entire process has been a slow one filled with uncertainty.

"We were always for it. It was a bit hard and there wasn't a whole lot of info given and conflicting stories and we still don't have it at 100 per cent," he said.

"I think it's inevitable we do go (together) and some info is coming more clear now but we're only a couple weeks off December and there would be some sides starting pre-season training so we do need to get it addressed."

It's likely the Jets won't be a part of Group 11 after this weekend. It's a sad moment as the proud club is a former Group 11 powerhouse but after years of struggle a move to the Castlereagh League could be best for all involved.

An application for the switch has been made and both the Group 11 and the Castlereagh League AGMs are this weekend.

NSW Rugby League chief executive David Trodden stated it was his belief the Jets wouldn't be able to commit to Group 11 should competitions stay the same, but they were never fans of a new premiership race.

"We'd love to stay in Group 11 but we don't really want any part of travelling to Orange, Mudgee, Lithgow or anyone else in Group 10," president Mick Burns said last month.

"I just know most of our players, pretty much all of them, aren't interested in playing in a Group 10 comp. They're happy to stay with the time-honoured Group 11."