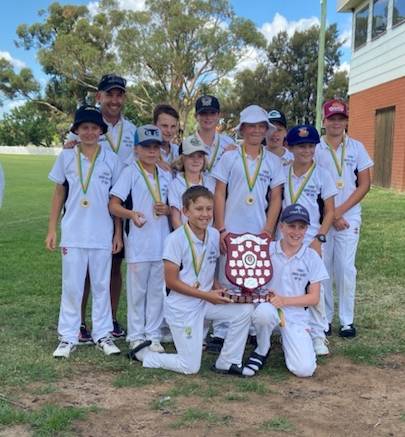 What a game. It's still hard to believe.

A tie. The first your correspondent can remember, let alone in a grand final.

Forbes was playing for its third premiership in a row. Parkes for their first in a long time with a young team.

Forbes won the toss and chose to bat hoping to post a significant total to enable their highly rated bowling attack and fielding to defend.

But in a warning of what was to come, Forbes were in all sorts of trouble early, losing both openers Gus Field and Thomo Hurford to opening bowler E Moody 2 for 2 off 3 overs), to be 2 for 1 after just three overs.

During the season Forbes may have lost one opener early, but the other stuck around and partnerships in the upper or middle order were a highlight of Forbes' batting and discipline.

Representative players Mac Glasson (27) and Cayden Metzeling (2) attempted to do this again and relatively speaking, the partnership of 6 runs would be one of their better ones, before Metzeling was bowled.

Glasson batted outstandingly and stuck around to see the rest of his team capitulate until the lower order offered some resistance.

The crowd and Forbes batsmen were stunned at this capitulation. What are we witnessing? Why did this have to happen in this game?

There was nothing sinister in the pitch, no outward sign of grand final nerves, it was another Sunday of cricket, but Parkes were on a massive high as they tore through the Forbes upper and middle order.

Parkes were generally bowling straight and full, a lesson to any cricketer of any age, as every one of the Forbes 5 ducks was bowled , with the exception of the unlucky Tom Grayson who was run out without facing a ball, amid all this helter skelter.

Batsmen were returning to the sheds as other their colleagues were still trying to get padded up!

Duck after duck, more than the number eating their way around the picturesque grounds this wonderful town boasts.

Mitch Stocks stuck with Glasson for a period to put on an 8 run partnership and enable the younger brigade in this team who often provide stout resistance and valuable partnerships to at least sit down and try and absorb what was happening to their older colleagues.

Matthew Wallace (1) also batted well with Glasson to absorb some time and slow Parkes momentum, before Ned Glasson (2) off 28 balls was outstanding.

He was eventually run out by his older brother following some good fielding from Parkes captain Yelland, as the pair played some good cricket strategy of keeping the strike for the more experienced Glasson.

His younger brother was obviously a little miffed at missing out on the odd single near the end of the over, but the strategy worked and Forbes finally chewed through some overs and made some runs off the bat, as well as some extras from the Parkes bowlers as they moved through their roster.

Parkes could feel the momentum slipping and brought back their strike bowlers, but Lennox Hurford defied them brilliantly and Glasson struck some boundaries that would prove invaluable in the defence of their title, as he took to the bowlers knowing they only had the one wicket left.

He eventually fell in the 22nd over to his exuberance, dancing down the pitch to Yelland (3 for 3 off 3) unable to make it back to the crease before being stumped. Forbes were dismissed for just 43.

How can they defend this and with captain Yelland so strong at the top of the Parkes order? Surely all the rest had to do was stand with him.

And initially that is what happened as Parkes got off to was in the perspective of the game relatively, a flier of a start in their innings as Forbes bowled too short.

Parkes were eight runs after just the first over and 1-15 off after the second, losing Moody for a duck to Max Hazell, who would still have so much to contribute to the game yet. Sure Forbes had a wicket, but Parkes were a third of the way to the total.

Despite the feeling of trepidation on the sideline, the Forbes players showed no sign of despair or subsiding.

Mac Glasson (2-12 off 7) took the wicket of the dangerous Kuun for a duck, Parkes 2-14. Still, how could they really be expected to defend just 43 runs?

Enter Hazell again. If the outstanding Yelland has a nemesis it is Hazell, as he bowled the Parkes captain for 17 and Forbes had the breakthrough they so desperately wanted, Parkes now 3-23 and the hosts with a spring in their step.

Spinner Metzeling (3-5 off 6) bowled well and tight as was required with such a small total to defend and followed up in the next over with another wicket, Parkes 4-27.

But Parkes' improving middle order batsmen Kross (9) and a fine innings from Jack Dunford (7), a name that makes Forbes batsmen shiver, got to 4-42.

Surely a game wining partnership of 15 over 10 overs was in their hands. Just 2 runs required to win.

Chairs were being packed, rugs rolled up.

Forbes supporters sitting there with little to say, looking over to the adjacent U-14 grand final to see if that was any better and could fill in the rest of their Sunday.

But the Forbes boys had other ideas. They know they have a very classy bowling attack, and they would not give up.

Two runs was still needed. It was two runs Parkes had to get and they weren't going to give them up. Fields were adjusted, and their attack was maintained. Glasson bowled Kross and pumped up his teammates. Metzeling bowled Dunford 3 balls later.

Remember Hazell? He's back. But Forbes needs four wickets, Parkes just one solitary run. If he takes four for none he would be the king of Forbes!

Well he cleaned up three for none, in four balls. What's that? You can't be right!

Hey you guys who wandered over to the other game, get a look at this!

Hazell would end up with the outstanding figures of five for 15 off four overs.

It's all tied up and Parkes have only the one wicket left.

Hey Greg, what happens if it's tied? Super over? Play again next week? Forbes wins as minor premiers?

Ssshhh I can't look. Metzeling is on again. Spinner, surely a lash of the bat will get Parkes over. It's full and flighted, the Parkes batsmen raises his bat for the swing, oh it's dropping on him.

He jams his bat down, the ball pops up, hits him on the pad at the same time. Forbes players go up for a LBW appeal.

The ball bounces down and spins back to the stumps, hits the middle stump. Oh, it's all so slow!

As the players shake hands in two contrasting moods the result is explained. Now they are dumbstruck.

An absolutely amazing game of cricket, that still creates a feeling of disbelief. So many life lessons in this one game. One can imagine the stories in the years ahead.

Your correspondent had to apologise to his boys. I gave up on you, I'm sorry, but I'm so proud you guys didn't give in, never give in. Forbes took the last 6 wickets for 2 runs, the last 4 wickets in 7 balls. Never give in.

Forbes have now won three Under 12 titles in a row. Some members of this team have been part of all three.

An outstanding feat that they deserved on each occasion. It's hard to find anymore words to describe this game.

However in the end there was only enough medallions for one team. Who would cater for a tie? What can you do?

These two teams are going to be seeing each other for years ahead and in a great display of sportsmanship, the Forbes players received their winning medallions and then promptly presented them to their Parkes counterparts with the same medallions.

Outstanding, and an excellent way to complete the day - congratulations to all involved. 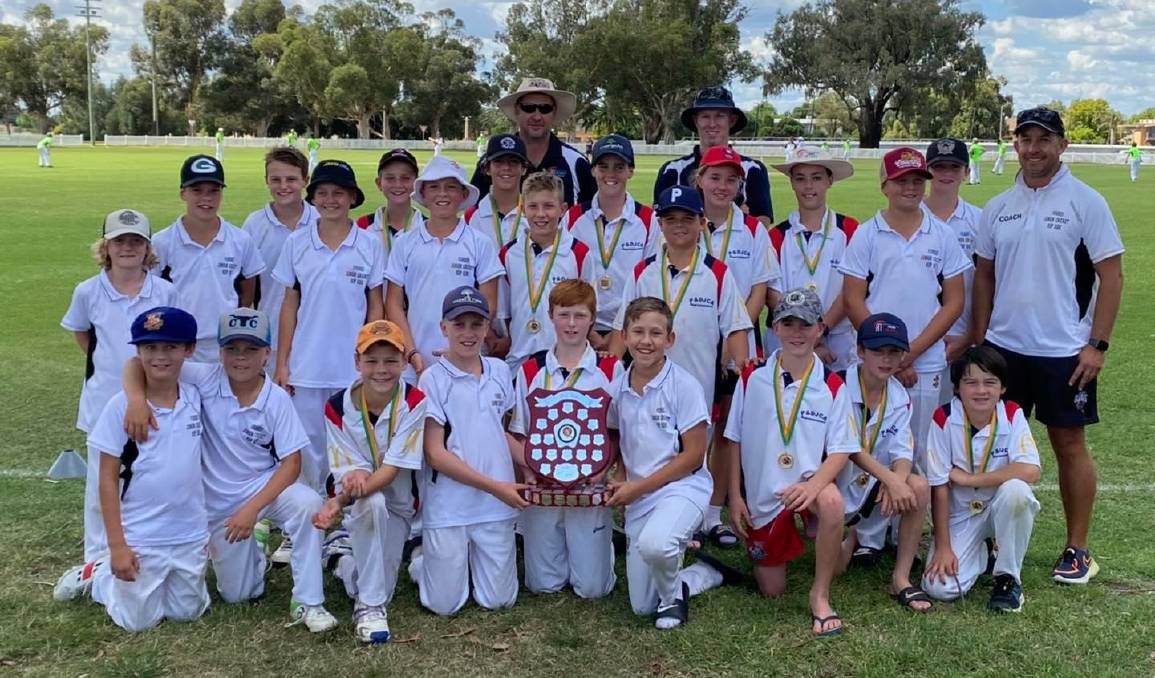 HUGE GAME: The Parkes and Forbes under 12s side shared the Lachlan Representative trophy after a thrilling tie. Photo: PDJCA FACEBOOK.